Trawling
Home›Trawling›FLOTSAM AND JETSAM, UDO, FIREWIND, ROSS THE BOSS, EVERGREY and more featured on the next 25 years of Metal Addiction – The Rare & The Unreleased Compilation

FLOTSAM AND JETSAM, UDO, FIREWIND, ROSS THE BOSS, EVERGREY and more featured on the next 25 years of Metal Addiction – The Rare & The Unreleased Compilation

For a quarter of a century, AFM Records has been dedicated to providing high class metal and hard rock. Numerous successes in the charts and international awards lead the way. On the occasion of the 25th anniversary of the company, the label searched its archives and many treasures (previously unknown) were unearthed. The result will be released on October 29 as 25 Years Metal Addiction – The Rare & The Unreleased.

As the title suggests, only songs that were not previously released, that came as a bonus from territory-exclusive editions (e.g. Japanese presses) or that were previously unavailable were taken into account. only in digital form. A fine selection of these tunes was now assembled on this comprehensive and entertaining compilation. However, to think of leftovers or “rejects” would be totally misleading here; on the contrary, the quality of the contributions is always surprising and one wonders again and again how these pearls have so far been hidden from the world of metal.

25 Years Metal Addiction – The Rare & The Unreleased, which comes in 2CD in a digipak (and at a special price), finally crosses the finish line after 30 songs and almost 140 minutes of playing time. different – for true metal fans and collectors. 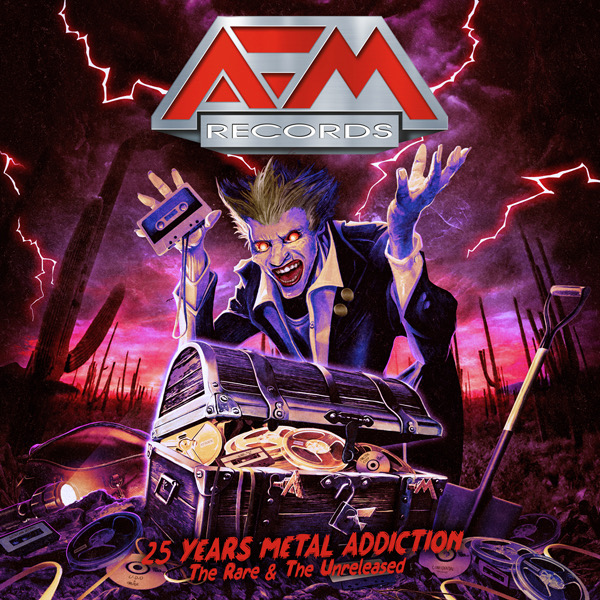