NEED TO CALL BACK? The newspaper offers you an overview of the news of the day. 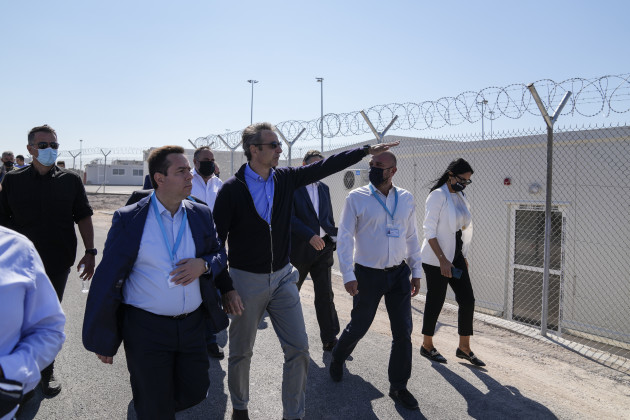 Greek Migration Minister Notis Mitarachis, third from left and Greek Prime Minister Kyriakos Mitsotakis, fourth from left, visit the new guarded closed center for migrants and refugees in the village of Zervou, on the eastern Aegean island of Samos, Greece

#MEET: Police officers have reportedly shared offensive messages with Wayne Couzens in the months leading up to the murder of Sarah Everard, according to reports.

#AUSTRALIA: Australia is due to reopen its borders next month, 18 months after citizens were banned from traveling abroad without permission.

#GREECE: The Greek prime minister flew to the island of Samos in the eastern Aegean Sea to see a new camp for asylum seekers which replaced the island’s squalid settlement.

The week saw the conviction of Wayne Couzens in one of the most high-profile and shocking murder cases in recent UK history.

He was jailed for life for the kidnapping, rape and murder of 33-year-old marketing manager Sarah Everard after arresting her on false pretenses as she walked home from home from a friend.

No news is bad news
Support the journal

Elsewhere in the UK, the body of 28-year-old teacher Sabina Nessa was found the day after her murder on her way to a friend’s house last month.

In this week’s episode of The newspaper On the Explainer podcast, producer Aoife Barry tells us about the discussions and media coverage of Sarah Everard and Sabina Nessa.

Haines’ gillnet season picks up from an ...